My mother would have called The Perfect Horse a page-turner of a book. Born in 1924, Mom was not one to revisit much, if anything, related to World War II. "I lived it once," she'd chide. Mom was a horse lover, and for me, her first child and only daughter, she was my horse enabler.

A Christmas present from my beloved sister-in-law. Laura, I ripped through The Perfect Horse, almost nonstop, and kept thinking to myself, 'Mom, you'd have enjoyed this.'

And there are many things to like about Elizabeth Letts' remarkable story. Laid out in four parts, she dedicates it to her family members who served, and '...to all the fallen horses--may we honor their sacrifice.'

This thriller reads like fiction. Letts' 54 pages of notes, bibliography and index help to keep it real. I love a good map that allows me to geographically trace the story, and its list of characters helped remind me of who's who, including the horses. The 'what became of them' epilogue is a lovely, satisfying bookend that keeps us tethered to this tale's reality.

Naturally, I recommend this for any horse lover, but I suggest expanding your vacation reading or gift-giving list to include any lover of history, especially World War II aficionados.

What follows is from the Random House press release:

In the last chaotic days of World War II, at the farthest edge of the Allied Front, a small group of battle-weary American soldiers captured a German spy with an incredible story to tell.  Just over the Czechoslovakian border, sheltered on a secret farm, Hitler had stockpiled the finest European purebred horses in order to breed the perfect military machine—a pureblooded, quintessentially German, equine master race.

Elizabeth Letts, #1 New York Times bestselling author of The Eighty-Dollar Champion, now uncovers the riveting true story of the valiant rescue of these priceless pedigree horses in the last days of World War II in THE PERFECT HORSE: The Daring U.S. Mission to Rescue the Priceless Stallions Kidnapped by the Nazis (August 23, 2016; Ballantine Books Hardcover).

As the Russians closed in on Hitler from the east and the Allies attacked from the west, and with the support of U.S. General George S. Patton, a passionate equestrian, the Americans planned an audacious mission to kidnap these beautiful animals and smuggle them into safe territory—assisted by a daring Austrian colonel who was both a former Olympian and a trainer of the famous Lipizzaner stallions.

With only hours to spare, one of the Army’s last great horsemen, American colonel Hank Reed, led the secret rescue operation with a small but determined force of soldiers, aided by a small group of turncoat Germans, and ventured across enemy lines in the last ditch effort to save the horses. THE PERFECT HORSE weaves together the strands of this remarkable story.  From Hitler’s expert on “pure blood” whose theories of selective breeding applied to both people and horses; to the Austrian Olympian, Director of the Spanish Riding School in Vienna, who donned a German uniform to keep his stallions safe; to the American cavalrymen who spent years training on horseback only to gallop to war aboard tanks and Jeeps, Letts brings to life an almost forgotten time—when horses were as valuable as crown jewels and soldiers would stop at nothing to save them.

In this incredible, little-known story, never before told in its entirety, men wearing the uniforms of warring countries, united only by their love for horses, came together in a dramatic act of derring-do that saved one of the world’s great equestrian and cultural treasures. 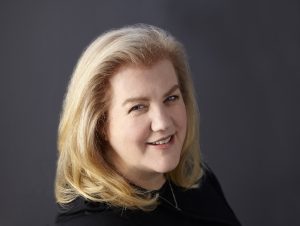 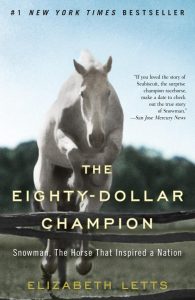